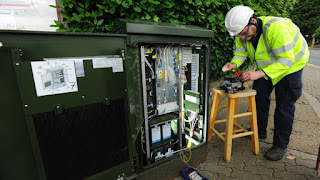 
Researchers at University College London (UCL) have successfully created a new optical receiver that they believe is simple and cheap enough to produce and install on a large scale. The new technology uses a fraction of the components of existing tech, and could provide in-home data transmission rates of up to 10 Gb/s.

While there have been huge advances in optical fiber network tech over the years, there's still one big difficulty in actually getting those high bandwidths to users, with the technology terminating at cabinets some way from user's homes. That "last mile" between cabinets and users is usually made up of copper cables, with the optical receivers required to extend the technology to homes being too expensive to install on a wide scale.
Those copper wires provide an average data transmission rate of around 300 Mb/s. While that's adequate for most users' needs in 2016, it'll soon become inadequate, with data demands expected to reach 5-10 Gb/s by 2025.
To improve the situation, the UCL team worked to create a new optical receiver that's cheap enough to produce on a large scale, enabling true fiber-to-the-home technology at speeds of up to 10 Gb/s. The scientists worked to simplify the design of the tech, while improving its sensitivity. The new product is smaller, and contains 75 to 80 percent fewer components than existing hardware, significantly lowering both manufacture and maintenance costs.
Another big cost in installing such tech is the laying of the optical fiber cables to each household. To tackle that issue, the team offset the receiver last from the transmitter laser, allowing a single cable to be used for both upstream and downstream data.
The tech isn't quire ready for the prime time, with the researchers currently working to evaluate its reliability. Once that testing is complete, and assuming everything goes to plan, the technology is well placed to make a big impact on the industry.
"Once we've quantified the laser stability, we will be in a strong position to take the receiver design through field trials and into commercialization," said lead researcher Dr. Sezer Erkilinc. "It is so exciting to engineer something that may one day be in everyone's homes and make them a part of the digital revolution." 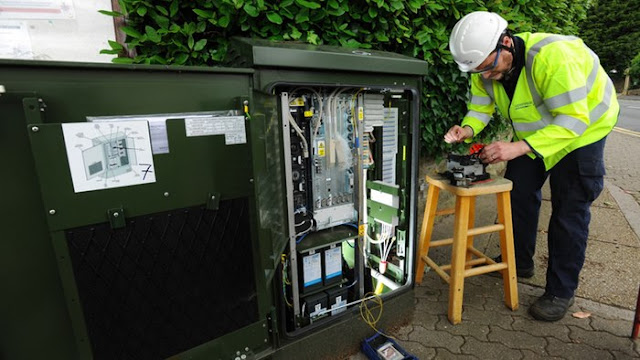