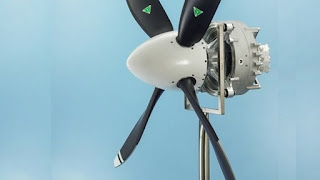 
Researchers at Siemens have created a new prototype electric motor specifically designed for aircraft that weighs in at just 50 kg (110 lb) and is claimed to produce about 260 kW (348 hp) at just 2,500 RPM. With a quoted power five times greater than any comparable powerplant, the new motor promises enough grunt to get aircraft with take-off weights of up to 1,800 kg (2 ton) off the ground.

Researchers say they produced such a light but powerful motor by analyzing all of the components of previous electric aircraft motors and incorporating optimized improvements to these in their new prototype. Added to this, the researchers also utilized a range of computer simulation methods to model the motor prior to construction, before then applying the findings to produce the lightest and strongest set of components possible.

As a result, the new aircraft electric drive system achieves a claimed weight-to-performance ratio of 5 kW per kilogram. This ratio is an exceptional figure – especially if compared to similarly powerful industrial electric motors used in heavy machinery that produce less than 1 kW per kilogram, or even to more efficient electric motors for vehicles that generate around 2 kW per kilogram. The four electric motors in the Solar Impulse 2, by comparison, produce just 7.5 kW (10 hp) each.
The new Siemens electric motor is also direct drive and does not require a transmission, spinning a propeller up to speeds of around 2,500 RPM.

"This innovation will make it possible to build series hybrid-electric aircraft with four or more seats," said Frank Anton, Head of eAircraft at Siemens Corporate Technology, the company's central research unit. "We're convinced that the use of hybrid-electric drives in regional airliners with 50 to 100 passengers is a real medium-term possibility."
Siemens has been involved in a range of electric motor driven vehicles, including a collaboration with Volvo on a fast-charging motor vehicle and with shipping company Norland for an electrically-driven passenger ferry.
This electric motor innovation, however, may be just the ticket for the company's joint venture with the Diamond aircraft company, who they supply with electric fan motors for their DA36 E-Star 2 motor glider. The last one generated just 60 kW.
The motor, which was developed with the support of the German Aviation Research Program LuFo as a project of Grob Aircraft and Siemens, is planned to start in-flight-testing before the end of 2015. Siemens also hopes to see further evolutionary increases to the power output in the not-too-distant future. 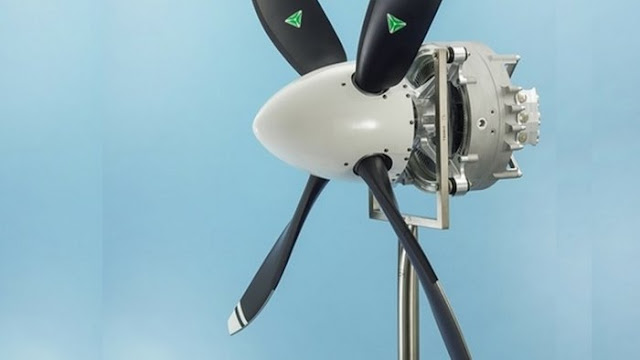