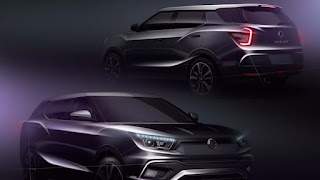 SsangYong, a longstanding Korean manufacturer of SUVs, will unveil two different vehicles at the upcoming Geneva International Motor Show. The Tivoli XLV is an extended version of its popular Tivoli model, and the SIV-2 is a concept crossover the company is calling a "mild hybrid."

The Tivoli XLV was first introduced as the XLV Air by SsangYong at last year's IAA motor show in Frankfurt. It shares the same wheelbase as the Tivoli, but the company has added an additional 235 mm (9.25 inches) to the length of the body, which created 720 cubic liters (25 cubic feet) of cargo space.

The XLV version will also be offered with the option of either the 1.6-liter (98 cubic inch) gas engine or the diesel plant of the same size, that power the current Tivoli model. A 6-speed manual or 6-speed automatic transmission, and a choice of two-wheel or four-wheel drive, will remain unchanged.

Current output numbers for the Tivoli indicate 128 ps (126 hp) and 160 Nm (ft. lb) for the gas engine and 115 ps (113 hp) and 300 Nm (221 ft. lb) for the diesel. There's no indication as to how the longer body will affect the output numbers of the XLV version.
The SIV-2 is an iteration of the SIV-1 concept that the company first introduced at the Geneva show in 2013. It's powered by a 1.5 liter (91.5 cubic inch) direct injection turbocharged gas engine combined with a 10kW electric motor-generator and a 500Wh lithium ion battery; thus, the mild hybrid description.
A lightweight body, a low center of gravity, and a configurable chassis and suspension system allows the SIV-2 to be built around varied hybrid and electric-only powertrains.
No availability date or pricing was provided for the Tivoli XLV, although the regular Tivoli starts at GBP £12,950 (approximately US $18,500). SsangYong also didn't release any further details as to if and when the SIV-2 or something resembling it might be ready for production. 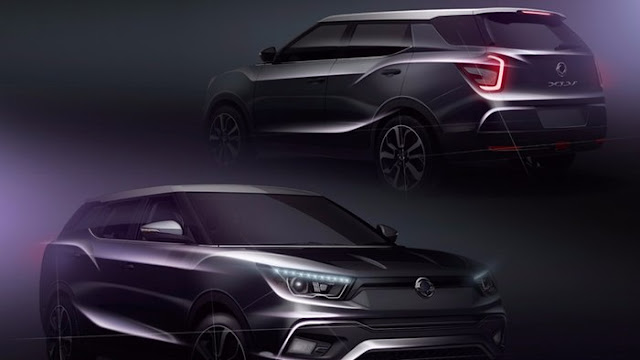