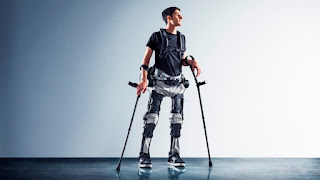 
When it comes to the price of most products, US$40,000 is pretty high. In the case of powered exoskeletons, however, it's cheap – at least half the typical price. Nonetheless, that's approximately what suitX's Phoenix modular exoskeleton should sell for, bringing the technology to a whole new income class. And at 27 lb (12.25 kg), it's also one of the lightest models ever made.

Like other exoskeletons, the Phoenix takes the form of a sort of motorized lower-body brace. With the help of crutches, it allows disabled users to walk, by moving and bending their legs for them. It builds on technology developed by a team from the University of California at Berkeley's Human Engineering Lab. Spun off from that group, suitX (aka US Bionics) is headed by Dr. Homayoon Kazerooni, who previously founded Ekso Bionics.
The key to its low price and weight, apparently, is minimalism. "In lieu of complicated hardware, suitX uses a wealth of state-of-the-art embedded intelligence and minimal design to make exoskeletons accessible, simple to manufacture, and lower cost," suitX states.

The Phoenix consists of a hip module, two knee modules and two feet modules, which clients can use either independently or joined together to form a complete system. This not only cuts down on unnecessary weight and bulk, but also allows for longer battery life. In its fully-assembled setup, the exoskeleton allows for up to four hours of continuous walking on one charge, or eight hours of intermittent use. It has a maximum walking speed of 1.1 mph (0.5 m/s). Gait parameters can be set by a trained clinician, using an Android app.
Users can comfortably wear it while seated in a wheelchair, utilizing what is described as an "intuitive interface" to transition between getting up, walking, and sitting back down. 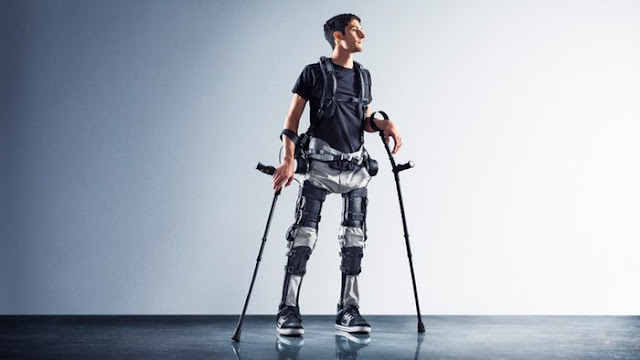