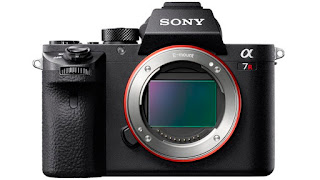 
Not content with updating its RX cameras, Sony has also announced a new flagship full frame mirrorless camera with the A7R II. The new camera features a 42-megapixel back-illuminated full frame Exmor R CMOS sensor, internal 4K video recording and an improved autofocus system with 399 focal-plane phase-detection AF points, which is said to be 40 percent faster than that of the original A7R.

The Sony A7R II (or α7R II, or Alpha 7R II, depending on which way you swing when it comes to Sony naming conventions) is a follow-on from the A7R, but also draws heavily from the A7 II which was released last year. The big news here is the use of the world’s first back-illuminated full frame Exmor R CMOS sensor, which offers a massive (if not quite Canon 5DS R-rivaling) effective 42.4-megapixel resolution.

While the jump from 36.4-megapixels in the original A7R is nothing to be sniffed at, the move to a back-illuminated sensor structure, with an expanded circuit scale and copper wiring design, also enables faster transmission speed. Data can apparently be output from the sensor 3.5x faster than the original A7R, without sacrificing sensitivity.
Because the sensor also combines gapless on-chip lens design, AR (anti-reflective) coating, and is paired with Sony's BIONZ X image processing engine, it should perform well in any lighting conditions. The camera has an ISO range of 100 to 25,600, which is expandable all the way up to a mind-boggling ISO 102,400. To deliver the sharpest image possible, the Sony A7R II sensor also lacks an optical low pass filter.

Autofocus has also received a speed bump and is said to be up to 40 percent faster than the original A7R thanks to a new hybrid autofocus system which uses 399 focal plane phase detection AF points together with 25 contrast AF points. The camera can also shoot at a respectable 5 fps (frames per second) with AF tracking that uses data from the AF system along with an advanced motion-detection algorithm. While the A7R II is an E-mount camera, its phase-detection autofocus is said to perform admirably with A-mount lenses mounted using an LA-EA3 or LA-EA1 mount adapter.
Sony has also decided to borrow the impressive 5-axis image stabilization system from the A7 II which corrects camera shake along five axes during shooting and is said to offer camera shake compensation equivalent to shooting at a shutter speed 4.5 steps faster. The 5-axis stabilization works with Sony α lenses with Optical SteadyShot (OSS) and via a compatible mount adapter, with Sony α A-mount lenses without on-board stabilization.
On the video side of things, the A7R II again looks set to impress and boasts a number of features previously only available to A7 users with the A7S. Internal 4K video recording (QFHD 3840 × 2160) is possible at 30/24 fps in either Super 35-mm crop (without pixel binning) or full frame mode. Using the advanced XAVC S7 codec the camera records 4K video at a bit rate of 100 Mbps, and Full HD shooting (which it can do at 60/30/24 fps) at 50 Mbps. Pro video workflow options include features such as Picture Profile, S-Log2 Gamma and S-Gamut, 120 fps in 720p and clean HDMI output.

Physically the A7R II, which measures 127 x 96 x 60 mm (5 x 3.8 x 2.4 in) and weighs 625 g (22 oz), is a lot like the A7 II and it boasts a magnesium alloy design and physical access to all of the manual controls you would expect. Inside a new reduced-vibration shutter is said to realize 50 percent less vibration from shutter movements compared to its predecessor, and has a cycle durability of approximately 500,000 shots.
Around back there's a newly refined OLED electronic viewfinder with 2,359k dots, along with a tilting 3-inch LCD with 1,228k dots. Built-in Wi-Fi and NFC allow users to easily transfer a photo or video to a smartphone for sharing, and compatibility with PlayMemories Camera Apps allows features such as using a smartphone to function as the camera's remote control.
The Sony A7R II camera will be available body-only in August for about US$3,200. 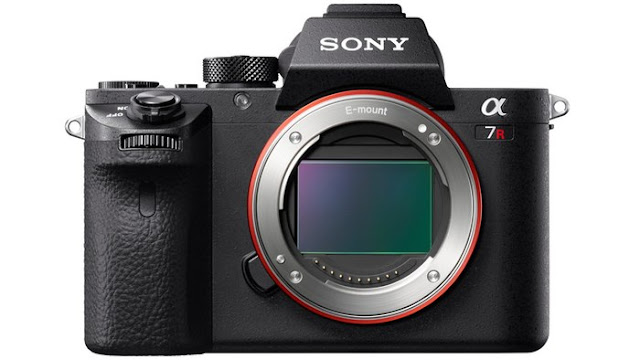