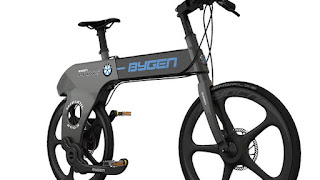 
Folding bicycles definitely have an advantage when it comes to easy toting and storage, although their chain presents a design challenge – it can’t just be folded sideways along with the frame, and there’s a risk that it will transfer gunk onto the rider’s clothing as they’re carrying the bike. Korean manufacturer Bygen has devised a solution, in the form of its Hank Direct Bike. Instead of a chain or belt drive, it has levers that transfer power from the pedals to the rear wheel.

The levers are joined to the hub via an articulated linkage. This allows them to extend forward, placing the pedals in the "normal" position beneath the saddle. On some other direct-drive bikes (such as penny farthings), the pedals/cranks are located right on the wheel.

Just because it’s a direct-drive, however, doesn’t mean that the Hank is a fixie. It actually has three available gear ratios, thanks to a hub transmission. Additionally, according to Bygen, the elimination of variations in chain tension results in a 7 to 8 percent increase in pedaling power.

As you might have already noticed, the Hank’s frame doesn’t actually fold. Instead, the rear end slides forward, along the rail-like front section. This arrangement allows the bike to be tipped back and stored in a vertical "standing" position, plus it lets smaller riders set the cockpit length to their liking, then lock it in place.
The handlebars can also be folded back, for easier carrying and storage.
Thanks to the use of carbon fiber in its frame and 20-inch wheels, along with its unique design, the Hank reportedly weighs in at just 7 kg (15 lb). It’s being presented to the public at this week’s Eurobike show in Germany, although there is presently no word on pricing or availability. 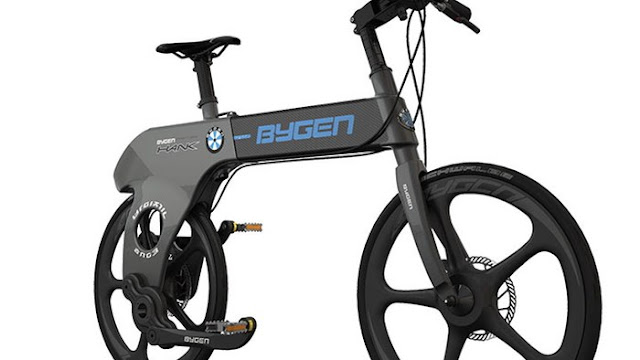