MonoShot smartphone tripod is also a monopod and selfie-stick 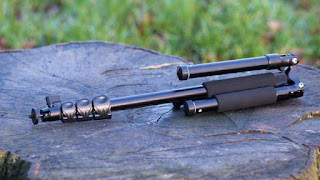 MonoShot smartphone tripod is also a monopod and selfie-stick


The MonoShot launched on Kickstarter last year promising to up your smartphone and action camera photography by being an ultra-portable tripod (which also doubles as a monopod) and selfie-stick. But can it live up to the promise? We recently spent a few weeks using one to find out.

The MonoShot has now shipped to its crowdfunding backers and is available to order, giving us the chance to take one for a spin. As it's intended for use with smartphones and action-cams, rather than full-sized cameras, we paired it up with a Samsung Galaxy S6 and a GoPro Hero 4 Silver.

While the anodized aluminum MonoShot packs down to a portable 46 cm (18 in) length, it offers a variety of options and can be deployed in a number of ways. This includes using it as a tripod up to 175 cm (5 ft 10 in) tall, a mini stand, a monopod, or as an extending selfie stick. It also comes with a carry case, universal phone mount, spike to stick in the ground, and bluetooth remote control.

The base tripod section of the MonoShot can be used on its own and feels as stable as any of the mini tripods we featured in our guide to the best smartphone accessories. Simply attach the included smartphone mount or a GoPro adapter and you're ready to go. The legs, which fold upwards for easy storage, can be clicked into a number of fixed positions and also twist to extend, giving the stand increased height and stability.
However, it's adding the telescopic monopod arm (which can be used as a stand-alone monopod or a simple selfie stick) which makes the MonoShot interesting. This section simply screws onto the mini stand tripod to offer much more height. In this configuration you get a tall tripod and can again attach the smartphone holder or a GoPro adapter, this time benefiting from the premium feeling aluminum ball head on the end.

This setup feels like it's what the MonoShot was designed to do best. The height range and the ball head mean you have the sort of shooting options you would only normally have with a bigger and heavier tripod. The spring-loaded smartphone holder is better than those of many rivals, and big enough to hold most phones (we also tried it with aniPhone 6S Plus).
Setting up a shot takes just seconds, and the added stability lets you get much better smartphone shots when shooting with slower shutter speeds in lower light situations. Being able to set up a shot and control the shutter with the remote also made this, and shooting self/group portraits, easier.

However, while the small and lightweight nature of the MonoShot is great when you're carrying it around, it does introduce some limitations when in use. We found that when fully extended it was prone to slight movement, even tapping the screen to take a shot can cause enough wobble to result in blurry images.
As such we used the remote as much as possible. A bit of wind can also cause issues – a moderate gust was enough to send our MonoShot and S6 toppling to the ground on one occasion. After that we used the steel ground spike or a WaterWeight for added stability (depending on the ground surface) if we had to move too far from the MonoShot while shooting.

The MonoShot is certainly a more suitable option for smartphone or action cameras than unnecessarily bigger and bulkier tripods designed for dedicated cameras. It's also a viable alternative to a selection of other smartphone camera accessories, and at US$59 offers reasonable value.
However, at 46 cm (18 in) and 500 g (17.7 oz) you are not going to take it everywhere you go; realistically you're only going to carry it when you know you'll need it. There's also the issue of whether it will offer enough stability to capture the sort of shots you want to take.
We can see this being a good option for dedicated smartphone photographers, who want to benefit from the stability and angle options that the MonoShot offers. It could also be handy for users who want to use their smartphone or action-cam to monitor their sports form, without getting someone else to film them.

The Monoshot is available now priced at $59. 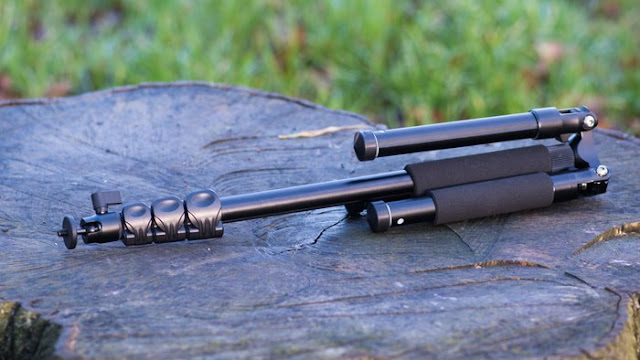