Lumière LED lamp shines as a beacon of adaptable lighting 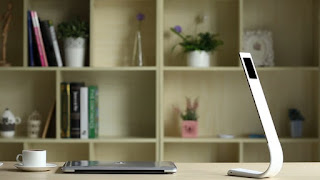 Lumière LED lamp shines as a beacon of adaptable lighting


Like the MStick, Retina Light's new Lumiére is designed for multiple use scenarios. The battery-powered lamp has has touch control, three light temperatures, 18 levels of brightness and can be bent and shaped to suit different placement needs.

At first, the Lumiére looks simply like an overly considered desktop lamp. On closer inspection, though, it has a number of features that make it more than that. One end, for example, is flexible and able to be bent, twisted and shaped to the user's requirements. By no means new, but useful all the same. This not only allows for simple desktop lighting angle adjustments, but also for it to be made into a hook shape for hanging from such things as furniture, tree branches and inside tents, or straightened right out like a hand-held lantern.

Its light panel comprises 20 LEDs and is said to produce as much light as a 60-watt incandescent bulb, while using less energy. The Lumiére is powered by a rechargeable 2,000 mAh li-poly battery, which can be fully charged in three hours via USB and provides a reported 40 hours of wireless light once charged.

There are no buttons on the device and there is no app required to control it. Instead, like the Silhouette, the lamp is touch sensitive, with the user able to tap it to change its mode or adjust its 18 levels of brightness. Users can select a warm white temperature of 3,000-4,000 K, a neutral white temperature of 4,000-5,000 K or a natural light temperature of at 5,000-6,000 K.
The device is said to be drop-resistant to a height of 1-m (3.3-ft) and safer for users' eyes than conventional lighting due to its adjustability, reduced glare and reduced blue light output.
An Indiegogo crowdfunding campaign for the Lumiére is currently underway. At the time of writing, pledges start from US$79. Assuming all goes to plan with the campaign and roll-out, shipping is estimated to start in April. 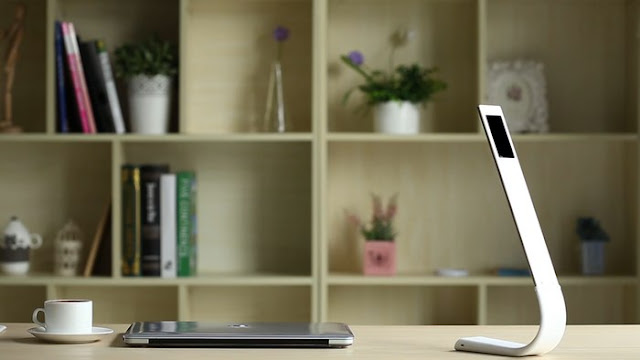