Home » business » Hillstrike is made to be your hills trike

Hillstrike is made to be your hills trike 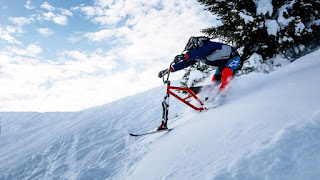 Hillstrike is made to be your hills trike


If you're a downhill mountain biker who lives in a cold-winter climate, chances are that you switch to snowboarding or downhill skiing once the snow sets in. Matic Hriba and a group of fellow Slovenian cyclists, however, really liked the idea of sticking with the handlebars/seat/pedals format. The result is the Hillstrike.

First of all, yes, you're right – there are already some similar products, such as the Snogoand Skki. According to Hillstrike co-founder Rok Prašnikar, however, his team's creation has some unique features.

While those pedals don't actually turn, elastomer inserts do let them move back and forth by a few degrees, allowing riders to shift their weight more effectively. Additionally, unlike some of its competitors, the Hillstrike has a seat – although it likely won't see much use while riders are careening downhill.
Some of its other features include a safety leash, a Rock Shox 120-mm front suspension, and a parallelogram system that allows the rear end to carve into turns. The whole trike (or whatever you want to call it) weighs 15 kg (33 lb).
The Hillstrike is currently the subject of a Kickstarter campaign, where a pledge of US$1,790 will get you one if all goes according to plans. The estimated retail price is $2,690. 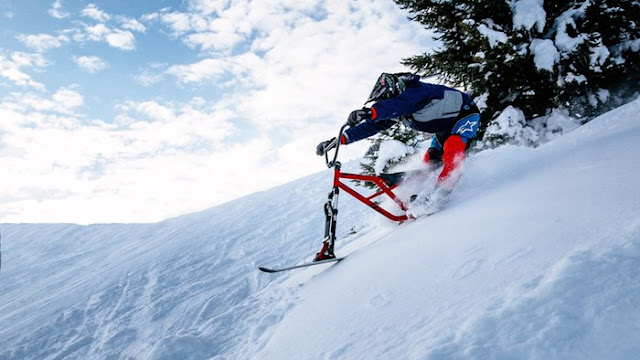