Home » news » ArcaBoard moves closer to production, and at a lower price

ArcaBoard moves closer to production, and at a lower price 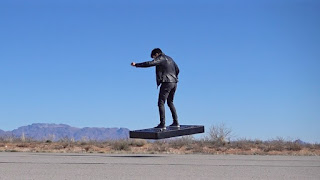 ArcaBoard moves closer to production, and at a lower price


Late last year, we first heard about the hovering ArcaBoard. At the time, people wondered if it really worked as advertised, and whether or not we'd ever hear anything about it again. Well, now its creators have released a new video of it apparently in action, along with an announcement of a lower planned price.

There are more technical details in our previous article, but the gist of the invention is that it can carry a standing 110-kg (243-lb) human passenger, not unlike the hoverboards from Back to the Future: Part II.
Up to 272 hp and 430 lb (1913 N) of thrust is created by 36 high-power electric ducted fans, but not for very long – one charge of its batteries is only good for a maximum ride-time of about six minutes, or a range of about 2 km (a little over a mile). Its top speed is 20 km/h (12.5 mph).

When we last heard about it, prices were estimated to start at US$19,900. Now, however, thanks to new production partnerships worked out with American and Chinese companies such as Southwest Composite Works Inc. and Eco Molding Co., that figure has dropped to $14,900.
It has also been announced that replacement battery packs will be offered, so that users can swap in a freshly-charged pack in less than a minute instead of waiting 35 minutes for a recharge.
Plans call for the ArcaBoard to be "officially introduced" on April 14th at Monaco's Top Marques event. Pre-orders can be made via the link below, with deliveries scheduled to begin in April. In the meantime, check out the just-posted video of one of the prototypes. 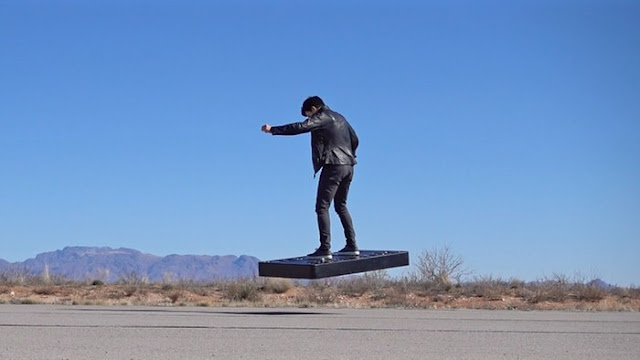