Flat-packed Mini House 2.0 has electricity and a fitted kitchen 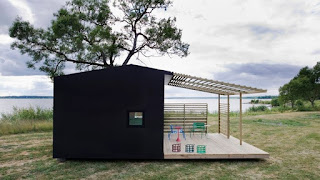 Flat-packed Mini House 2.0 has electricity and a fitted kitchen


The virtues of a simple, low-cost and sustainable lifestyle have driven the growth of the tiny house movement. Jonas Wagell's Mini Houses embody these values. Having initially been designed as a weekend cabin or guest house, the Mini House is now in its second iteration.

Store first featured the Mini House in 2012, when the first prototypes were already in use in Sweden. It was designed to be quick to construct, and built using recyclable prefabricated modules. Due to its size, the Mini House also didn't need a building permit in Sweden.

The Mini House 2.0, which was being designed when we featured the original version, is based on the same goals and principles, but is slightly more developed and has more configuration options available from which to choose. A model covering an area of 15 sq m (161 sq ft) is still available, but is now joined by a longer version. The Mini House 2.0 is also modular, allowing multiple units to be joined together for more space.

The interior layout of the Mini House 2.0 can be altered depending on the user’s requirements for bedrooms, kitchen, bathroom and living space. All the houses have wooden flooring and wooden-paneled interior walls, whilst electricity and insulation come as standard. Details for interior fittings and add-ons are now finalized and prepared in advance so that the house is basically ready to use once it's been constructed on-site.
The houses are designed to be delivered to their planned sites on a lorry in prefabricated sections. "In theory, only a plinth foundation needs to be prepared, unless the houses are equipped with kitchen or bath which require further work with sewage etcetera," explains designer Jonas Wagell to Gizmag. "We have amended the dimensions to be optimized for shipping pre-build."
The Mini House 2.0 is currently only available in Sweden, although Wagell says a discussion with a potential partner in Belgium are ongoing for its distribution in Central Europe. Prices start from €24,000 (US$29,550), or €34,000 ($41,860) for a model with a kitchen fitted. 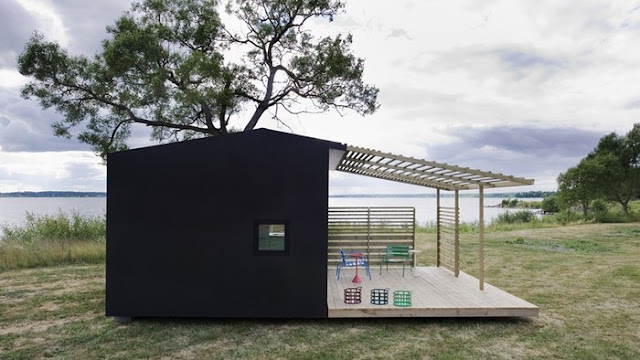