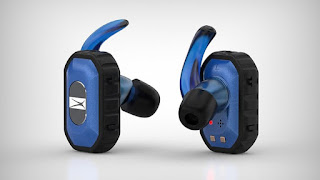 
Altec Lansing has unveiled a new set of earphones that are "truly wireless," meaning there are no cables in sight – not even between the two earbuds themselves. The Freedom earbuds, which have a lengthy battery life and waterproof design, are on show at CES this week in Las Vegas.

This isn't the first time we've seen truly wireless earbuds. Just last month, Gizmag reviewed the Earin Bluetooth wireless earphones, which are designed to provide a similar experience to Altec Lansing's latest. The Freedom earbuds are a little different though, not least in how they look, with a bulkier, more rugged-looking build.
The extra size appears to have been put to good use, with the company rating the embedded lithium-ion batteries for six hours of use – twice that of the Earin earphones. There's also a charging carrying case included in the box, which can be used to juice up the earbuds when away from a wall socket, providing an extra three hours of charge.
The Freedoms have a 100-ft (30-m) Bluetooth range and feature built-in buttons for navigating songs and phone calls. They're IPX7 waterproof and include a Bluetooth-based GPS tracking feature, which is accessed through a companion app. The feature is designed to help users locate the earbuds when they've been misplaced, which could be useful considering their small size and complete lack of wires. 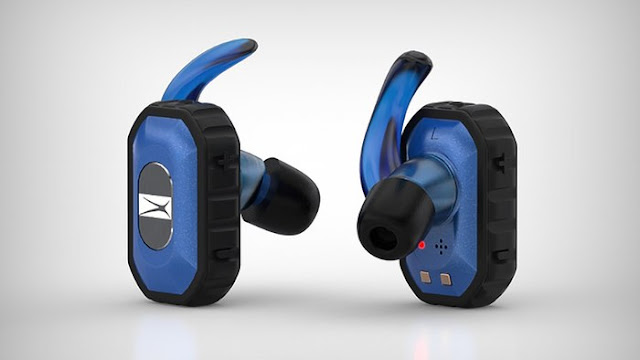