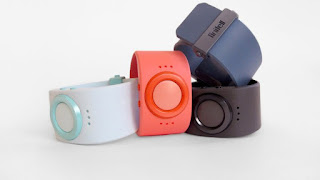 
Children need to be allowed to play outside from time to time, but some parents are often too concerned for the safety of their little ones to loosen the reins. Having kids wear a miniature mobile phone on their wrist so they can be contacted at any time may help ease those worries, which is where Tinitell could prove invaluable to nervous parents.

With Tinitell, Mats Horn and his team have created a simple mobile phone designed to be worn on the wrist. The design is minimal, with features limited to a microphone and speaker, an on/off switch, volume buttons, and a oversized answer/hang up button. There's no display, with the "face" spanning just over a square inch and the device housing a CPU, memory, GPS, and an accelerometer. The inclusion of GSM makes Tinitell one of the smallest standalone mobile phones ever made.

Calls can be made using voice recognition, with children pressing and holding the main button while speaking the name of the person they want to call. Kids who aren't confident using voice recognition can instead use the volume buttons to scroll through their list of contacts, which are read out by the watch. A variety of ringtones can also be assigned to each Tinitell.

Tinitell can receive incoming calls from any phone, but the adult overseeing operations can limit calls to a pre-defined set of specific numbers. There is also the option to assign numbers that will be answered automatically, so a parent could ring their child and be guaranteed the call will be connected without the child even having to press a button.
Tinitell requires a SIM card to work, which is slotted in under the battery; a battery which should be good for 60 minutes of talk time and a full seven days on standby. Charging is claimed to take less than an hour via micro-USB.
The software is updated automatically, as is the contact list that a parent or guardian can update via the Tinitell website or accompanying iOS and Android smartphone apps. The apps can also be used to monitor calls being made or to locate the Tinitell via GPS.

Tinitell comprises a silicone bracelet designed to fit wrists between 12 cm (4.7 in) and 20 cm (7.8 in). This makes it suitable for children of a wide age range who get their own simple smartwatch while their parents get peace of mind knowing they can locate and contact their kids at all times.
Tinitell is currently being funded through a Kickstarter campaign. It has already hit its funding goal of US$100,000, with the campaign is running until May 29. Pledges start at just $2, but those wishing to receive a Tinitell as a reward need to pledge at least $99 at the time of writing. The retail price if and when Tinitell becomes generally available is expected to be $179. 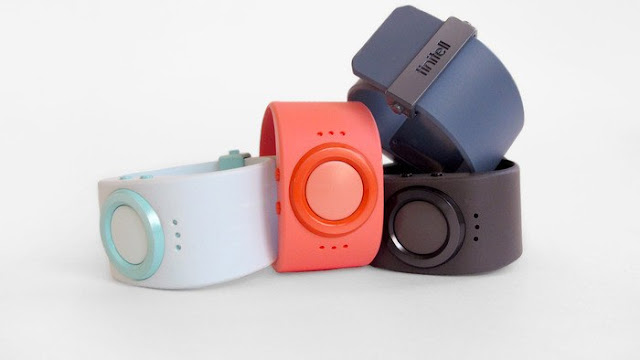