The Green Wheel would grow herbs and veggies, Halo-style 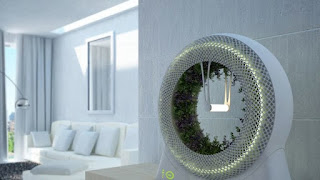 The Green Wheel would grow herbs and veggies, Halo-style


Back in the 80s, NASA envisioned a system for growing herbs and other edible plants in the zero-gravity environment of a spacecraft. Although it never got off the drawing board, that system consisted of a rotating ring with built-in hydroponics, which the plants grew on the inside of. Flash forward a few decades, and Italian design firm DesignLibero has taken that concept and re-imagined it as a consumer device, known as The Green Wheel.

The system would have a non-turning outer housing, nested inside of which would be a motor-driven ring, rotating at approximately one revolution per hour. A variety of herbs and vegetables would be planted on the inside surface of that ring, growing in a coconut fiber medium contained within individual perforated “vases” – tiny pots built into the ring, in other words.

At the bottom of the housing would be a water reservoir, which the vases would dip into as the ring rotated through. Full-spectrum lighting would be provided by a tube-shaped LED fixture, suspended in the middle of the ring.
Parameters such as the amount and color temperature of the light would be controlled wirelessly via a smartphone/tablet app, which would also alert users when the system was running low on water.

So, what’s the point?
First of all, for people such as apartment-dwellers, it would allow them to grow a relatively large number of plants in a small area – that same amount of growing space spread out entirely horizontally would take up more in the way of valuable shelf space. Additionally, by having the plants all rotating around one light source, less lighting would be needed, and all of the plants would get equal exposure to it. Less lighting would in turn mean less power consumption, although the motor would use some electricity.
While “wouldn’t it be cool” concepts like this are quite plentiful, DesignLibero’s head designer Libero Rutilo told us that his company definitely wants to develop The Green Wheel commercially. He said that his crew are ready to build a prototype, but are first looking for a distribution network and financial backer. So, if you’re the head of a large company, and are interested in funding a “revolution” in indoor gardening ... 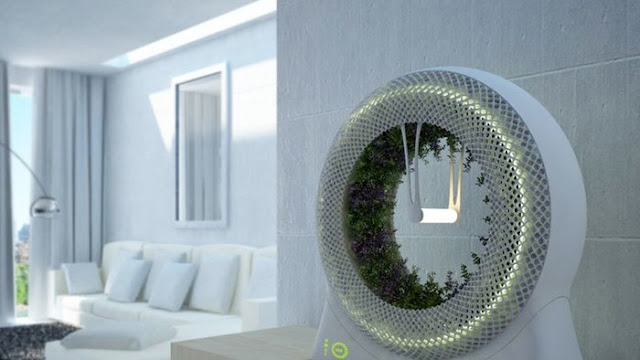