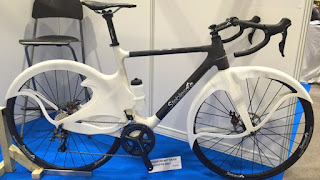 
If you're a cyclist who rides in the rain frequently, chances are that you're going to put fenders on your daily commuter bike. Doing so can be a hassle, however, plus they often end up rattling or rubbing. That's why UK product designer Mark Stebles created his Stebles Bike – its front and rear mudguards are actually part of its frame.

Currently in full-scale 3D-printed prototype form, the bike doesn't simply feature fenders that are attached to a regular tubular frame. Instead, they actually replace the traditional front fork and rear triangle. "The design separates the rider from the terrain surface and anything that may fly off the tyres, while also helping to keep the drive train running freely in all conditions," says Stebles.

Additional features include a built-in streamlined mount for an included custom water bottle, along with a rear compartment that will come equipped with a pump, spare tube, patches and tire levers.

Mark is planning on ultimately manufacturing the Stebles Bike in full carbon fiber (see rendering above), and is currently raising funds on gofundme towards that goal. The final version should weigh around 10 kg (22 lb) and sell for £2,495.95 (about US$3,570).
He tells us that he hopes to begin production this year, assuming he meets his funding goal. 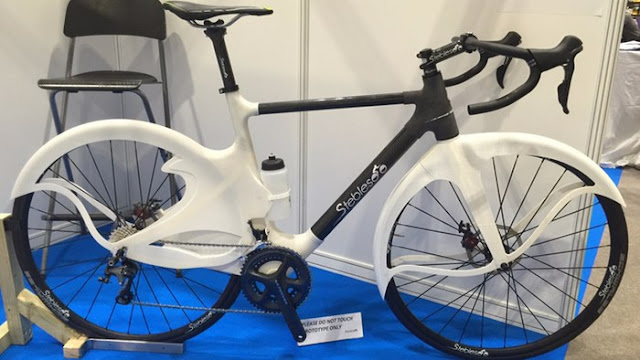