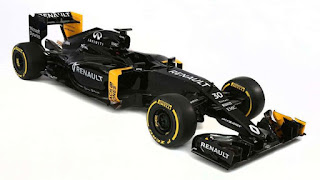 
Last year's Formula One season didn't quite go to plan for Renault. Its power units, having carried Sebastian Vettel to three world championships in Red Bull Racing's cars, were well down on power compared to the front running Mercedes team, not to mention the myriad reliability issues Daniel Ricciardo and Danil Kvyat suffered. Thankfully, 2016 presents a fresh start, which means a fresh power unit and car for the newly formed factory team.

It might be a newcomer to the grid in 2016, but Renault has plenty of history in Formula One. Fernando Alonso took out the 2005 and 2006 Drivers' Championship for the French carmaker, and its pairing with Williams in the 1990s led to three straight Constructors' Championships.D rivers Kevin Magnussen and Esteban Ocon will be hoping some of the mid-nineties magic has rubbed off on the R.S.16 that will line up on the grid this year.

As Formula One fans will know, there's not much wriggle room in the FIA's regulations, which means the car will be powered by a 1.6-liter turbocharged V6, augmented by an energy recovery system that provides an extra 120 kW (161 hp).
The petrol engine is redlined at 15,000 rpm, and the whole system weighs in at around 145 kg (320 lb), which is the mandated minimum weight for the sport. Total power is up around the 652 kW (874 hp) mark, although Renault hasn't supplied an exact figure. That power is channeled to the rear Pirellis by an eight-speed semi-automatic paddleshift gearbox.

It might have a strong history, but Renault isn't setting the bar too high ahead of the new season. CEO Carlos Ghosn admitted the team was starting at a handicap compared to the pacesetters, but said the team is determined to return to its former glories.
"We know we are starting at a handicap compared to the winner in F1, but we believe we have the talent to close the gap," Ghosn said. "We are not here to participate, we are here to compete at the highest level and eventually win."
The 2016 F1 season kicks off in Melbourne on the 17th of March. 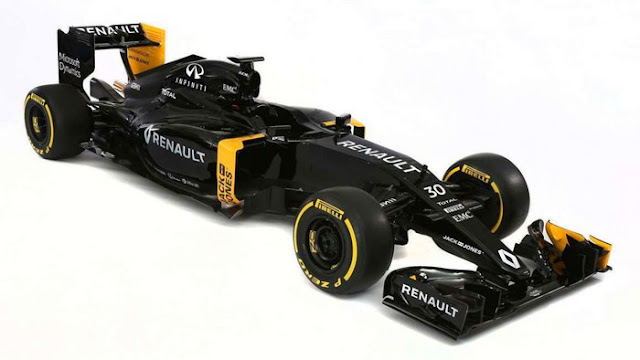