Oculus spills the beans on Rift + PC bundles from Asus, Alienware and Dell 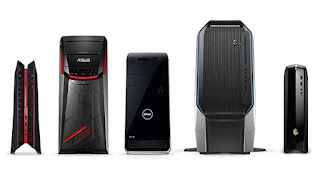 Oculus spills the beans on Rift + PC bundles from Asus, Alienware and Dell


When the US$599 Oculus Rift went up for pre-order last month, the company mentioned that you'd be able to buy Rift + PC bundles starting at $1,499. Today we got more details on those bundles, which will go up for pre-order on February 16.


The Oculus Ready PCs include Rift-compatible desktops from Asus, Alienware and Dell – with Oculus promising more models on the way. All the PCs meet or exceed the Rift's recommended specs and, after a $100-200 discount when ordering with the Rift headset, end up costing only a little more than what you'd pay to build the same PC from scratch.
The entry-level, but still high-end and VR-ready, models of the Oculus Ready PCs include the Asus G11CD ($949 in bundle), Alienware X51 R3 ($999 in bundle) and Dell XPS 8900 SE ($999 in bundle). Adding the Rift's $599 onto those PC prices makes Asus' machine the cheapest, with a total of $1,548 standard pricing.
We clarified with Oculus that the $1,499 entry-level pricing that the company mentioned is a limited time promotion if you order from Best Buy, Amazon or the Microsoft Store.

Most of the Oculus Ready PCs run an Intel Core i5-6400 processor with an Nvidia GTX 970 GPU, along with 8 GB of RAM. Some of the more expensive machines jump up to an Intel i7-6700, Nvidia GTX 980 GPU or both. Oculus has previously said that, while PCs that exceed the minimum specs will indeed take advantage of the extra power, developers are tailoring their VR content to be a 100 percent optimized experience on mininum-specced machines. In other words, "minimum" shouldn't mean "compromised."
While the Rift's pricing took some by surprise (in its original Kickstarter campaign, Oculus promised "a price everyone can afford"), the costs of these Rift-ready PC bundles are uncommonly aggressive for PC OEMs, which have been historically known for high markups vs. the retail cost of materials. Many big companies – from Facebook toSamsung to Valve and all of these PC OEMS – have a vested interest in making sure VR takes off; these bundles are some of our best evidence of that yet. They aren't cheap by any estimation, but they are a good value compared to what we usually see in the world of ready-made gaming PCs.
The PC bundles from Asus, Alienware and Dell go up for pre-order at 8am Pacific Time on February 16 from Amazon, Best Buy and the Microsoft Store. If you've already pre-ordered the Rift, you can head to your order page to opt-in to receive bundle offers; you'll then receive a discount code on the 16th. 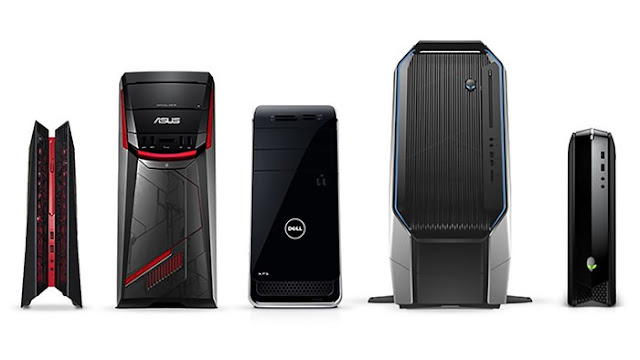