nipi cooler stays icey for a week, powers your gadgets 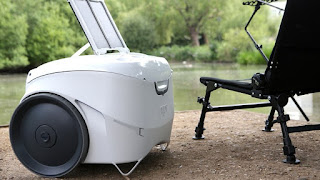 nipi cooler stays icey for a week, powers your gadgets


Above all else, it's important that any device does its bread-and-butter functionality well. The nipi cooler, which is currently the subject of a Kickstarter crowdfunding campaign, is said to keep ice frozen for six full days, and comes packed with what its makers are calling "21st century survival features."

Like Solar Cool Technologies' Solar Cooler, the nipi has its own photovoltaic panels, but unlike the Solar Cooler these aren't used for cooling. The contents of the nipi are kept cool using a double-insulated lid and thick walls. It has 50 quarts (47 l) of cold storage space, which can accommodate around 70 cans.
The solar panels deliver 6 W of peak power each and are used in pairs to provide power for 1,000 lumen internal and external LED lighting and electronic devices, such as smartphones or speakers. The panels can be mounted on the cooler's outer lid or set up away from the nipi cooler. It's also possible to attach additional panels to increase power provision.
The cooler also comes with a 14,000 mAh lithium polymer battery, with a second being made available as an optional extra. We asked nipi's developers how its battery pack is charged up.
"nipi is expandable so it does vary depending if you have purchased extra batteries etc," they told us. "However to give an approximate guide based on the basic version with one panel and one 14,000 mAh battery, it takes about 7 hours with mains and the same with optimal conditions for solar. ‎Our solar panels use SunPower cells which are the highest efficiency in the world."
There are two USB ports on the cooler's exterior for charging mobile devices or powering Bluetooth speakers, for example, and a further two inside its dry lockable storage space, where valuables can be kept. A fully juiced up single battery is claimed capable of fully charging a smartphone seven times over. The developers also say that it will take less than an hour to charge a smartphone using a single PV panel.

Among the other features of the nipi cooler are cup holders and a cutting board. It's designed for all-terrain use with oversized wheels, which its creators say can handle sand, mud, gravel and cobbles. A telescopic handle and lightweight design are reported to make transporting it easy.
A Kickstarter crowdfunding campaign is underway for the nipi cooler. At the time of writing, pledges of US$195 for a nipi with a single 14,000 mAh battery are available (a second optional battery is available at $49). Assuming all goes to plan with the campaign and roll-out, shipping expected to begin in March 2016. 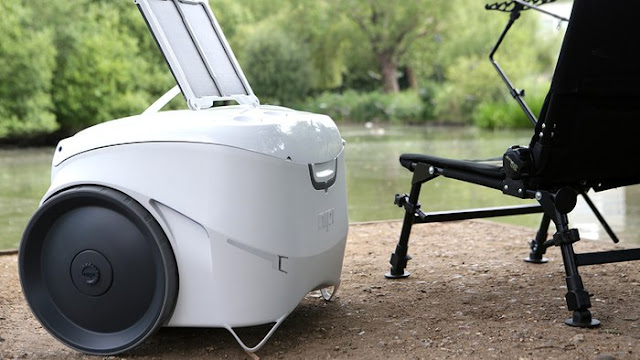