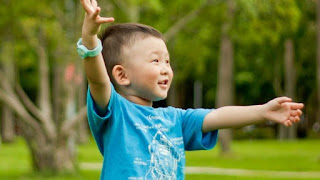 
With the advent of GPS, Wi-Fi and Bluetooth technology, child-tracking devices are now hitting the marketplace thick and fast – consumers can already choose between the likes of Mommy I'm Here, Lok8U, and BiKN. Now Taipei-based startup BeLuvv is throwing its hat in the ring, with the Guardian system.

Guardian consists of two components: the wearable waterproof Guardian device itself, and an iOS app. The device can be worn like a bracelet, a pendant or a buckle, and it communicates with the parents' phone via Bluetooth Smart. Should the child wander (or be taken) away beyond a pre-determined safety perimeter, an alert sounds and appears on the phone.

If the child can't subsequently be located, a search can be initiated. This will allow parents to check if the child is with other people that they've added to their safety network, who are also running the app. Additionally, if the child comes within range ofanyone using the app, the location will be sent to the parents via the cloud.
The device is powered by a user-replaceable battery that should last four to 12 months depending on use, and has a maximum range of 230 feet (70 m). The app lets users know when the battery is getting low, and is compatible with iPhones 4S, 5S, 5C, plus iPad.
Guardian can be pre-ordered for US$24.95 until Nov. 30, at which point shipping is scheduled to begin. The price will then rise to $29.95. 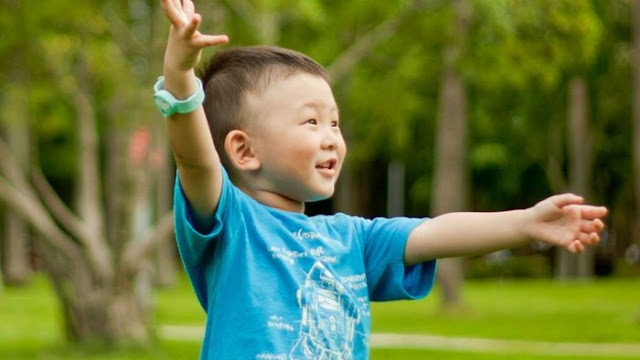