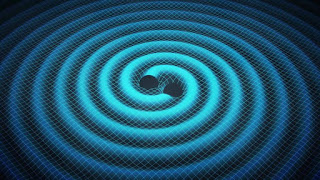 
The detection of a gamma-ray burst by NASA's Fermi Space Telescope a fraction of a second after the first ever recorded instance of a gravitational wave has led scientists to theorize that the dual black holes at the heart of the phenomenon formed inside a single colossal star.

Gravitational waves were first theorized as part of Einstein's General Theory of Relativity, and a confirmed observation of the phenomenon opens up an entirely new window through which to observe the Universe.
A mere 0.4 seconds after the Laser Interferometer Gravitational-Wave Observatory (LIGO) detected the telltale signal of gravitational waves, the Fermi telescope recorded a powerful gamma-ray burst emanating from the same general region as the source of the waves.
The dual discovery has led scientists to theorize that the two black holes believed to be the source of the gravitational wave event formed in the heart of a single massive star. The huge star is believed to be the result of an earlier stellar merger, which saw two separate bodies orbit one another with incredible speed, until they merged to form a single ultra-fast rotating star.
It is believed that the star's terrific rotational speed caused the core of the stellar giant to split into two clumps, each of which spawned a black hole separated by a distance roughly the equivalent of the diameter of the Earth. Within minutes the black holes – one 29 times the mass of the Sun and the other 36 times – are thought to have merged, and started consuming the mass of our Sun once every second as the star's outer envelope fell inwards.
The dramatic death of the star culminated in the release of the gamma-ray burst and gravitational waves. Should further gamma-ray bursts be discovered alongside future gravitational wave events, astronomers believe that the bursts could be used to accurately measure vast cosmic distances in much the same way that "standard candle" supernovae are used. These measurements may in turn lead to a greater understanding of the expansion of the Universe. 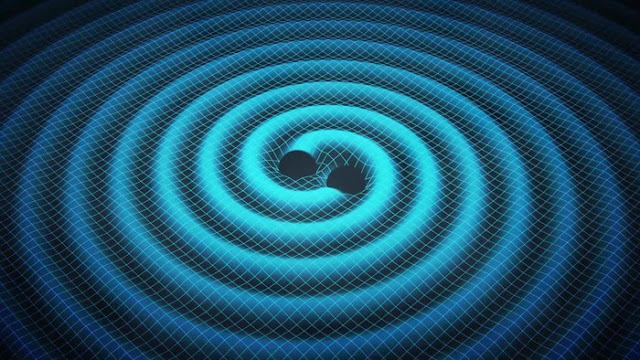