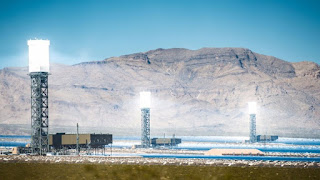 
The intermittent nature of renewable energy sources is a huge burden on the power grid, making flexible and economical energy storage an essential step to a greener future. Researchers at Oregon State University (OSU) and the University of Florida have now devised a way to conveniently store and release energy harvested through concentrated solar power (CSP) plants, improving on the cost and energy density of previous systems and preparing this technology for the smart grid.

While standard solar panels convert sunlight directly into electricity, concentrated solar power plants focus an array of mirrors onto a solar receiver and use the resulting heat to drive an electricity-generating steam turbine. These systems tend to be low-cost, safe, long lasting and highly efficient, but they must be coupled to powerful and flexible energy storage to work at full effect.
Current systems that store energy from CSP power plants are too bulky and expensive to be practical, but a promising new approach known as thermochemical energy storage(TCES) holds the promise of a ten-fold increase in energy storage density at a fraction of the cost. This technology works similarly to a normal battery, except the chemical reactions that drive it are designed to absorb or release large quantities of heat with each charge and discharge cycle.
In a move that could pave the way for CSP to play a larger role within the smart grid, Nick AuYeng and the OSU team have now devised a high-performance TCES system that is about as energy-dense as a lithium-ion battery and only relies on commonplace, environmentally friendly, nonflammable materials.
The system can store energy indefinitely by using the heat from a CSP collector to break down strontium carbonate into strontium oxide and carbon dioxide. When the device is discharged, the two chemicals are recombined and, in the process, release a large amount of heat that can be used to power a turbine.

According to the researchers, the energy efficiency of TCES systems is closely related to their maximum operational temperature. While previous systems would peak at a relatively modest 600° C (1,100° F), the new advance doubles that figure and means that the residual heat from each energy discharge could be used to drive a second turbine for an even better return.
The team reports that the system can store an impressive 1,450 MJ of energy per cubic meter (403 Wh/l), which is comparable to the volumetric density of a lithium-ion battery. Unlike the battery in your smartphone, however, the device capacity was revealed to drop by about 15 percent after 45 charge/discharge cycles due to changes in the underlying chemicals.
Next up, the researchers will be working on addressing this issue to extend the life of the device. The scientists then plan to scale the system up in size in preparation for more testing at a national laboratory. 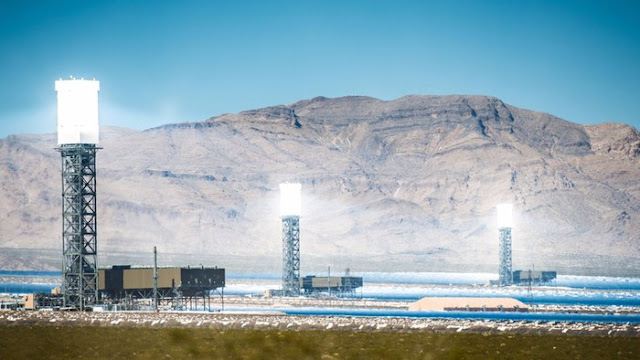