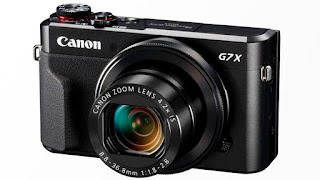 
Canon has revealed the latest iteration of its premium large sensor compact camera with the PowerShot G7 X Mark II, and this one promises to be quick. The first camera to be bestowed with Canon's new Digic 7 image processor, the G7 X Mark II claims faster autofocus and tracking, and improved low light performance. Also announced is the PowerShot SX720 HS which packs a very big zoom for a pocketable camera.

As with its G7 X predecessor, the G7 X Mark II is aimed at advanced photographers who want to travel light, but not make the image quality sacrifice which comes from using a camera with a small sensor like those found in typical compacts and smartphone cameras. As such, it's a direct rival to other cameras with 1-inch-type sensors and versatile zoom lenses, like the Sony RX100 IV and the Panasonic ZS100.
The biggest change to the new camera is that the 1-inch-type 20.1-megapixel CMOS sensor is paired with Canon's new Digic 7 image processor. This is said to offer substantially improved power, better low-light performance with reduced noise, and 8 fps RAW continuous shooting. The startup time of the camera has also been improved, meaning fewer missed shots.

The built-in zoom lens is fast, with a variable F1.8-F2.8 maximum aperture across its 24 to 100-mm (equivalent) focal range. This makes it versatile whether you are shooting landscapes, portraits, or action shots of your kids running around at the park. Improved optical image stabilization with Dual Sensing IS will also help cut the number of blurry shots from camera shake.
As far as video is concerned, the G7 X Mark II is able to shoot Full HD 1080p video at 60/50 fps. While this is probably enough for most current users who don't yet have a 4K TV to watch footage back on, it is still lacking compared to the 4K options of cameras like the Sony RX100 IV and Panasonic ZS100. On that note, the G7 X Mark II also lacks an electronic viewfinder, which can be found on both of those aforementioned rivals.

In terms of design, not much has changed, with the G7 X Mark II offering good access to manual controls, including a dual function control ring around the lens. The camera measures 105.5 x 60.9 x 42 mm (4.15 x 2.40 x 1.65 in) and weighs 319 g (11.3 oz) loaded and ready to go, making it significantly smaller and more portable than an entry-level DSLR or mirrorless camera.
One notable physical improvement is that the 3-inch LCD touchscreen with 1,040 dots can now be tilted down 45 degrees in addition to tilting up 180 degrees, making it better for shooting overhead. Built-in Wi-Fi and NFC are again on hand for easy sharing of images and videos. 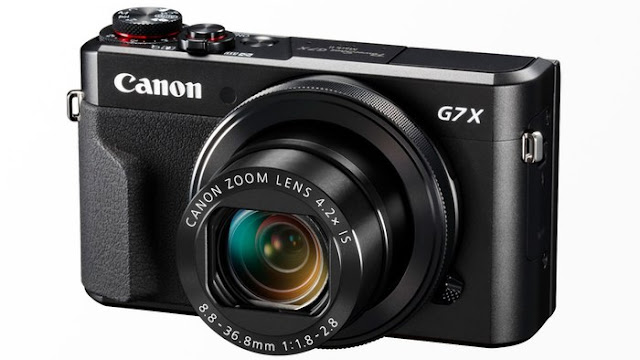