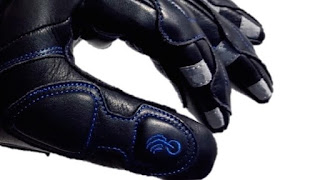 
If you're trying to use your smartphone when it's cold outside, there are already gloves with touchscreen-friendly fingertips. The problem is, you still have to pull your phone out to use it. That's why Blue Infusion Technologies first introduced its BearTek gloves, the left one of which features Bluetooth and Wi-Fi modules for wireless control of a paired phone and/or GoPro camera. Now, the new-and-improved BearTek II is on its way, offering additional features.


To use either version of the gloves, users touch a contact pad on the left thumb to one of six touchpoints on the underside of the first three fingers – there are two points on each one. Depending on the point that's touched, a different action is carried out on the paired device in question.
Using the Bluetooth module, users can answer calls, shuttle through music, or perform other actions on their phone. With the Wi-Fi module, they can start and stop recording on a GoPro, or change shooting modes.
The gloves can also be used with touchscreens.
Among the new features on the BearTek II is the ability to switch between full Bluetooth/phone and Wi-Fi/camera modes via an iOS/Android app. This means that all six touchpoints control the phone in the first mode, and they all control the camera in the second. With that added functionality in mind, users can also now assign functions to each point, instead of having to go with whatever has been preprogrammed by Blue Infusion.
The water-resistant gloves also now feature haptic feedback, vibrating when a call comes in, for instance. Additionally, a developer kit is being released, so that third-party designers can create devices or apps that are compatible with the system.
Battery life on the first version is around 80 hours, and should reportedly be even better this time around.
If you're interested, the BearTek II gloves are currently the subject of an Indiegogo campaign, where they're available in various styles. A pledge of US$99 will currently get you a pair, when and if they're ready to go. The planned retail price is $225. 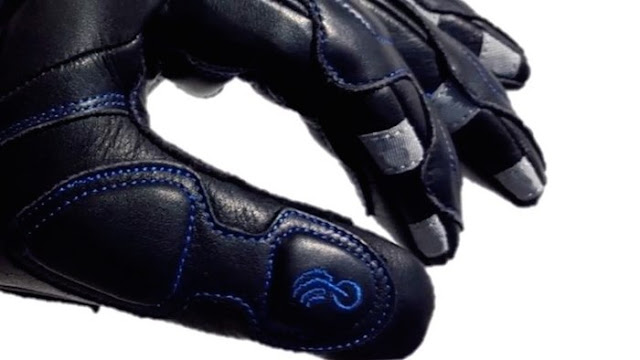