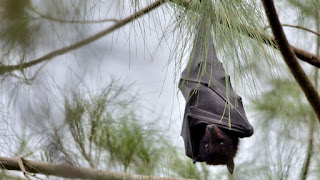 
If bats were as susceptible to viruses like Ebola as humans are, then blindness would be the least of their worries. But despite serving as a natural host for more than 100 different viruses, these nocturnal mammals don't display any resulting signs of disease. Australian scientists are claiming to have now figured out why, in a revelation that potentially brings us a step closer to safeguarding the human population from Ebola and other deadly diseases.

The remarkable resilience of bats in the face of seemingly overwhelming viral infection has long sparked the interest of immunology researchers. If we could somehow mimic the animal's ability to harbor killer viruses without succumbing to their harmful effects, then we'd be much better placed to tackle infectious diseases.
Scientists working at Australia's Commonwealth Scientific and Industrial Research Organisation (CSIRO) are now claiming to have zeroed in on the bat's secret weapon. The team examined a critical tool in the Australian black flying fox's innate immune response called interferons. These proteins are released by all mammals in response to an invading virus as a means of blocking replication.
"Interestingly we have shown that bats only have three interferons which is only a fraction – about a quarter – of the number of interferons we find in people," explains Dr Michelle Baker, a bat immunologist at CSIRO. "This is surprising given bats have this unique ability to control viral infections that are lethal in people and yet they can do this with a lower number of interferons."
The bats are able to keep a tight leash on infections, the scientists concluded, by maintaining a heightened immune response, even when they are not infected. In observing two types of interferons, alpha and beta, the scientists found that, unlike in other mammals, the interferon-alpha wasn't only kicking into action when a virus was detected.
"Unlike people and mice, who activate their immune systems only in response to infection, the bats interferon-alpha is constantly 'switched on' acting as a 24/7 front line defence against diseases," says Dr Baker. "In other mammalian species, having the immune response constantly switched on is dangerous – for example it's toxic to tissue and cells – whereas the bat immune system operates in harmony."
The researchers say that if the immune responses of other species can be manipulated to work in a similar way, then the death rates associated with Ebola, Hendra and other infectious diseases could become a thing of the past. 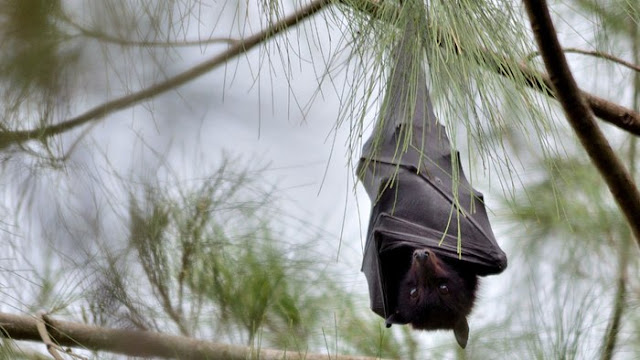