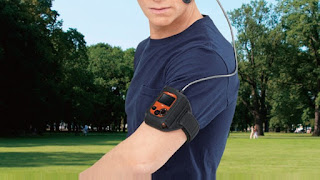 
Panasonic has unveiled the world's first 4K 30/25p wearable camcorder, the HX-A500. Following in the dua-body footsteps of the HX-A100, the camera part of the new 4K-toting device can be worn on the head sans helmet thanks to head mount, while the main body – which now includes an LCD monitor for checking shots on the go – sits in an armband worn by the user.

The dual-body design of the HX-A500 makes more sense than it did with its predecessor, as the main body of the unit – which measures 60 x 94 x 27 mm (2.3 x 3.7 x 1 inch) and weighs 128 g (4.5 oz) – now includes a 1.5-inch (115,200 dot) LCD monitor. This can obviously be used to check and review shots, but could also be handy for using the camera to view things that are not easily accessible. The camera unit itself weighs just 31 g (1.1 oz), so you shouldn't need to worry about it weighing your head down on one side.
Wireless credentials of the HX-A500 include Wi-Fi with NFC for one-touch connectivity with compatible devices. The Panasonic Image App for iOS or Android allows users to edit and record video remotely, share online or broadcast directly using UStream, though there's also the option to record files on a micro SD card.
The Panasonic HX-A500, which comes in either orange or gray, is available for pre-order now priced at US$400, and will start shipping in May. 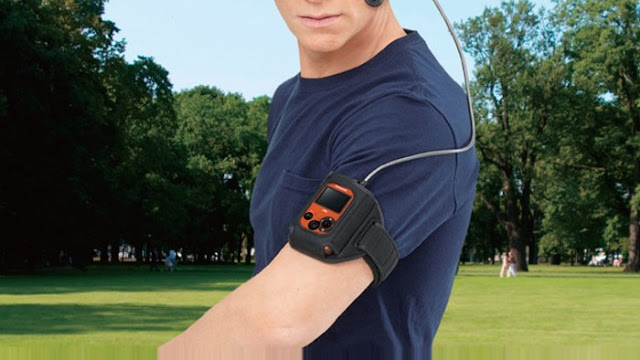