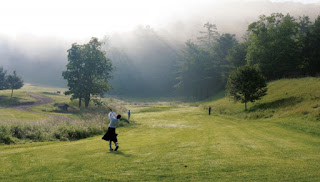 High on a mountaintop in West Virginia last October, Arnold Palmer, Jack Nicklaus, Gary Player, and Lee Trevino gathered with golden-hued shovels in hand. The golf legends had come at the behest of Jim Justice, owner of the Greenbrier resort, for a ground-breaking ceremony that was, well, groundbreaking. In an unprecedented collaboration, the four championship golfers are building what Justice hopes will be a course worthy of a major championship.

Scheduled to open in spring 2017, the course will be the centerpiece of the Greenbrier Sporting Club’s new Oakhurst development. The community takes its name from Oakhurst Links, the United States’ oldest golf course, which Justice acquired in 2012. Built in 1884, the nine-hole links course (pictured) is played today much as it was back then, with golfers using hickory-shafted clubs and gutta-percha balls.

Modern-day mashers will feel more at home on the new course, which will measure more than 8,000 yards from the back tees. But the layout—which will overlook Oakhurst Links, on a site a few miles from the main resort—will cater to golfers of all levels. “We’re not forgetting that the most important people in golf are the members, not professional golfers,” Player said at the ceremony. “We’re going to try and make this course playable and be a course for all seasons.”

“You want the course to have the variety and flexibility to change from one day to the next,” Nicklaus said. “We’ll give [Justice] the variety on the holes to really be able to mix it up, so you could change the golf course around each day—which I think is really lacking from most courses today.”

Trevino, who was named golf pro emeritus at the Greenbrier last year, is new to design and said he is learning by watching the others, who have overseen the design of 1,000 courses combined. “To be here with Jack, Gary, and Arnold for the ground-breaking of such a special course for the Greenbrier Sporting Club—right next door to the oldest golf club in America—it’s just something really special for all of us involved,” he said.

The Oakhurst community course will be open to all members of the Greenbrier Sporting Club, which Justice hopes to develop into the “greatest sporting club in the world.” In addition to the new course, the community will include residences, a clubhouse, hiking and biking trails, and a private ski area. 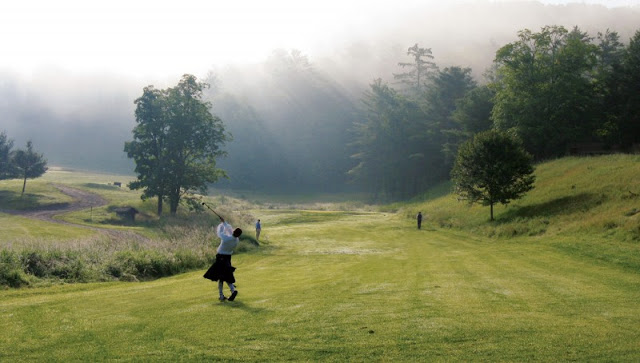 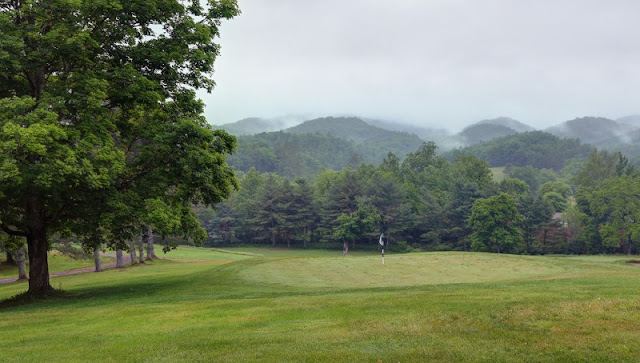